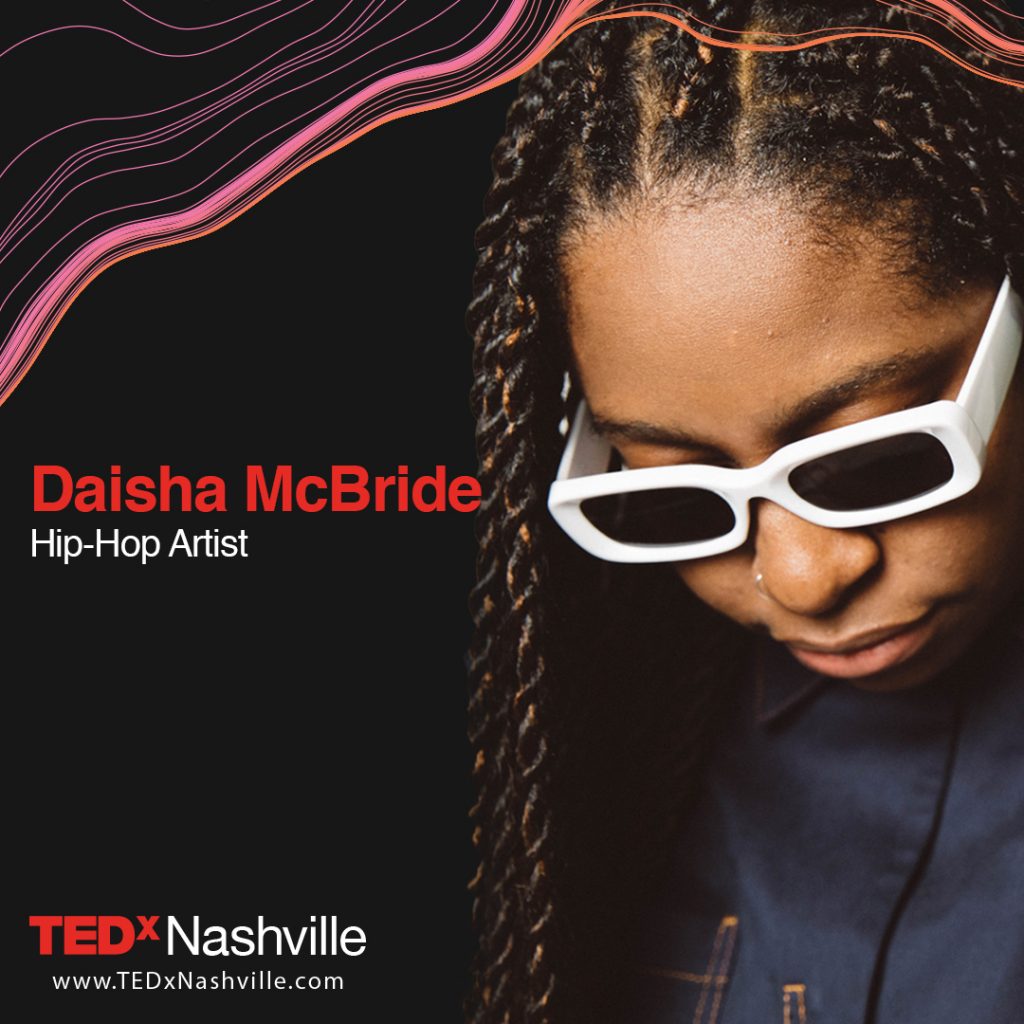 Daisha McBride, The Rap Girl, has channeled her performing abilities, affably clever personality and college-level industry studies into her own version of artistic and professional equilibrium in Music City.

The moniker that Daisha McBride embraced right out of the gate, The Rap Girl, isn’t an inside-joke nickname or cute handle. It’s more like a sweeping claim to singularity, which she’s backed up by cultivating a distinct persona and promotional savvy alongside her chops, and by playing up her crossover compatibility in the process.

Growing up in Knoxville, a mid-sized East Tennessee city in the Smoky Mountain foothills, McBride was diligent about practicing classical violin, but also built a reputation for spitting bars in her high school cafeteria, listening to pop, rock and country besides. Even back then she was learning how to both turn heads in, and adapt to, her cultural environment.

Nashville music discovery radio station WNXP picked McBride’s LP Let Me Get This Off My Chest, which dropped in November, as their Record of the Week. Near the end of the year, she announced that she had placed multiple songs in major TV shows on networks including Netflix, HBO, Hulu, Amazon Prime, BET, MTV, and VH-1.. McBride sold out a headlining show at Acme Feed & Seed on Nashville landmark, Broadway. She was an official music artist for festival such as A3C, SXSW, Newport Folk Festival, Nashville Pride Festival, Kentuckiana Pride, and Tribecca Film Festival.

Daisha was a headlining performer at the Nashville Grammy Chapter Nominee Celebration and has been highlighted in publications such as  Forbes, NPR, Complex, Revolt TV, Genius, and Redbull.